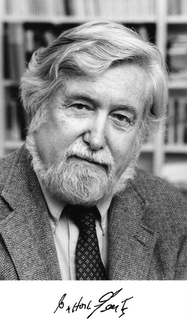 Clifford Geertz an icon of cultural anthropology and
author of "The Interpretation of Cultures".

"Clifford Geertz says it all in one crisp, succinct sentence: "I'm probably a closet rhetorician, although I'm coming out of the closet a bit." For over three decades, Geertz has been attempting to steer anthropological scholarship away from a rigidly scientific model and toward a humanistic, interpretive, hermeneutic model-apparently with great success. Perhaps it is Geertz's preoccupation with seeing science and scholarship as rhetorical, as socially constructed, that makes his work so eminently appealing to many of us in rhetoric and composition. Geertz sees rhetoric as central to his own life and work. From his college days as an English major at Antioch College and a copyboy at the New York Post to 1988 and his Works and Lives (where he "reads" the work of four major anthropologists as if he were a literary critic explicating canonical texts), Geertz has been consumed with questions of language, rhetoric, interpretation."